Blog - Latest News
You are here: Home1 / THE RESULTS OF THE SCOTTISH ENGINEERING SURVEY

THE RESULTS OF THE SCOTTISH ENGINEERING SURVEY

Scotland’s engineering sector has suffered tremendously recently. They have not only seen a deep decline in output volumes and incoming export business but, the sector has also seen a huge fall in new orders. This has been put down to both the strong english pound and the current worries in the oil and gas industry. But, unfortunately that is not the only thing that the Scottish engineering sector has to worry about. A new survey was released by Scottish Engineering recently which also showed that the oil and gas industries workforce was taking a hit.
The survey which is released every three months showed that the low price of oil is starting to have an impact on those that work in the oil and gas industries. This includes those companies that produce equipment and components in the oil and gas sector too. Initially the oil crisis was just affecting oil companies directly, now it seems to be spreading to those that work alongside the oil companies too.

The Chief Executive of Scottish Engineering Bryan Buchan said: “This is a significant issue for many of our member companies, who are not directly involved in extraction on the UKCS (UK Continental Shelf), but who over the years have developed expertise in manufacture of components and equipment for the major players who are now radically curtailing their activities.”
He continued by sharing his opinion that the price of oil will stay low for a while. This opinion is currently widely expressed by a number of senior executives in the oil and gas industry. 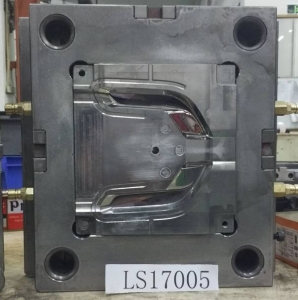 Bryan Buchan also commented about the impact the strong english pound is having on companies within the Scottish engineering industry. The strength of the sterling pound means engineering organisations in the United Kingdom are less competitive than organisations overseas.
The survey by Scottish Engineering also showed that the industry was also experiencing a slump when it comes to orders from both the UK and incoming export business.

In fact, only twenty three per cent of engineering organisations based in Scotland experienced an increase in orders over the last three month period. A whopping forty four per cent experienced a fall in orders and the remaining stayed the same.
The organisation behind the surveys are expecting another fall in orders over the next survey in three months. But, they do expect the pace of the decline to slow slightly.

The report showed that only twenty six per cent of engineering companies based in Scotland increased their staffing levels. Unfortunately twenty seven per cent reduced their employee levels and the rest kept the same number of staff.
Worryingly for engineers in the oil and gas industry, this is actually the third time in a row in which the survey has noted a fall in employee numbers. But, it is not all doom and gloom, these declines have been modest.